There was a problem with your submission. Errors have been highlighted below

This year we are honored to celebrate 30 years in business. Join us for a stroll down memory lane with Dave Witte, founding member of Curare Physician Recruiting, Chairman of the Board, and expert Placement Specialist since 1991. 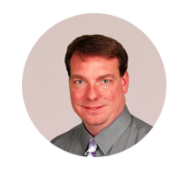 Thirty years ago, Curare Physician Recruiting was born from the ashes of another company called Job Market Researchers. There was a recession going on, a remnant from the 80s, that had everyone in finance worried about how they would make a living. None of us wanted to get corporate jobs, and there was a shared idea that we could make a good living on our own.

With employment scarce, we turned our attention to how we could help others find jobs. A guy named Jody brought us an idea: physician recruiting. Every town in the country needed a doctor, and there was no recession in medicine at that time. He said it was easy, you just page the chief resident, ask who is still looking for a job, get that person on the phone, and tell them their best options. So, we ran with it.

We spent hours on hold waiting for someone to answer the phone. Once they answered, you had to talk fast, but if you could get them to listen, magic happened. Back then, no one had a cell phone, and everyone actually liked talking, even if they were in the middle of rounds. You would get to know everything about the doctors and their families, and mutual trust was built. Then it was time to hustle, and hustle we did. For a typical Family Medicine physician, we would find them dozens of jobs to choose from. There were no mergers back then, so every town had a different job, and they all competed for that one physician.

My first placement was a Family Medicine physician in Pulyallup, Washington; unfortunately, I don’t remember all of the details anymore. In 1991, lawyers were just starting to have a say in the way physicians were hired. The Stark Laws were in their infancy, and most places didn’t care too much about them. Contracts for physicians were typically only 2-3 pages, max. Employment agreements were nonexistent, and physicians were leery of them. The income guarantee was king and hospitals loved them. They could offer a physician whatever it took to make the hire, and then use accounting tricks to keep that number off their books. All the residents had a friend who got a house, truck, or something else you wouldn’t dream of asking for today, and you had to work around those negotiations.

In the early 90s, it was all about using the phone to network. The interesting thing is that it’s still all about using the phone to network. The internet has made more information available for less money, but it has put off-the-radar locations at an even greater disadvantage when it comes to recruiting. Lawyers have taken over the process to create generic first impressions, so you have to get more creative to put a good deal together. Mergers have reduced the gross number of employers in the area, but not the number of jobs, so this is still a competitive market. All of the fundamentals that made this work in 1991 still exist today.

We continue to thrive 30 years later, because no computer program has been developed that will explain why a candidate should look at any specific job; and no computer program has been developed that will advocate for a candidate when they do not check all of the ‘easy’ buttons. Even with all of the new technology – which we were told would put us out of business – we still have more jobs in metro areas now than we did in the 90s. We have bigger companies paying us bigger fees. We have more candidates contacting us than ever before. With the cacophony of information out there, people still trust us to have the answers. We are proof that some things never change.